The Tax Benefits of Oil and Gas Drilling Programs

HOW DO YOU AS A PARTICIPANT BENEFIT FROM THE VENTURE’S TAX DEDUCTION?

You as an investing Venturer benefit from tax deductions because tax benefits “flow through” to the Venturers. Although the Venture files an information return for federal income tax purposes, the Venture entity itself does not pay income tax. Instead, our Venturers report on their individual returns based on their percentage of the Venture’s taxable income or loss.

CAN INDIVIDUALS REDUCE THEIR INCOME FROM OTHER SOURCES IN 2018 WITH DEDUCTIONS GENERATED BY THE VENTURES WHICH OWN OIL AND GAS WORKING INTERESTS?

Generally, yes, because the deductions generated by the oil and gas working interests ARE NOT treated as “PASSIVE LOSSES”. The Tax Reform Act of 1986 provides that, in most cases, deductions generated after 1986 from investment in which an individual does not materially participate are treated as “passive losses” and can be deducted only against “passive income”. However, the law contains an exception under which, among other things, DEDUCTIONS GENERATED BY OIL AND GAS WORKING INTERESTS OWNED THOUGH GENERAL PARTNERSHIPS OR JOINT VENTURES ARE NOT CONSIDERED “PASSIVE LOSSES”. So Venturers can deduct these losses against their income from other sources. Similarly, any income subsequently generated by such Ventures will not be treated as “passive income”.

WHAT ARE SOME OF THE APPROVED TAX DEDUCTIONS FROM OUR OIL AND GAS DRILLING PROGRAMS?

Our oil and gas drilling programs do create various tax deductions from drilling and operating oil and gas wells. These deductions include intangible drilling costs (IDC), depreciation and operating costs. In addition, when production is achieved, our Venturers can claim a depletion deduction with respect to their share of the Venture’s income from the oil and gas produced.

WHAT ARE INTANGIBLE DRILLING COSTS (IDC)?

These IDC costs include expenditures for wages, fuel, repairs, hauling, supplies and other items which have no salvage value and are necessary for the drilling of wells and the preparation of wells for the production of oil and gas. Intangible drilling costs generally represent a majority of the total cost of drilling, testing and completing an oil and/or gas well.

HOW DOES INTANGIBLE DRILLING COST (IDC) PRODUCE TAX BENEFITS FOR OUR VENTURERS?

The Venture drilling a well may elect to deduct intangible drilling costs. Consequently, its Venturers can get an immediate benefit from the expenditure. When the well drilled proves to be commercially productive, an election to deduct IDC’s will generally result in a net tax benefit to Venturers (in the form of tax deductions) in the year the well is drilled. However, if the oil and gas property or an interest in the Venture is later sold at a gain, all or a portion of that gain may be classified as ordinary income because of the recapture of these deductions.

CAN I DEDUCT DEPRECIATION ON INTANGIBLE ITEMS PURCHASED TO EQUIP AN OIL OR GAS WELL?

Yes. While it is true oil and gas drilling Ventures cannot deduct the entire cost of items purchased to equip an oil or gas well in the year of purchase, those costs are capitalized and can be depreciated over a period of five to seven years (depending on when the particular property is placed in service and on its depreciable “class life”). Consequently, a Venturer could deduct their share of the depreciation on items such as casing, tubing and pumping units. If such equipment is later sold for more than the depreciated value, and a Venturer still maintains their Venture interest, all or a portion of the gain may be classified as ordinary income because of the recapture of depreciation deductions.

WHAT IS “DEPLETION” AND HOW DOES IT REDUCE OR DEFER A VENTURER’S TAXES?

Depletion allows the owner of a producing oil and/or gas well to recover their investment (capitalized costs) though tax deductions over the period in which the oil and/or gas is produced. Consequently, a Venture generally cannot deduct in the first year the entire purchase price of an oil or gas leasehold interest or other oil and gas property interest. However, when a producing well is drilled, the Venture can recover the cost of the oil and gas property through depletion deductions. A Venturer’s depletion deductions is computed individually by the Venturer rather than the Venture. A Venturer makes this computation based on the portion of the property’s adjusted tax basis the Venture allocates to the Venturer.

WHAT IS THE DIFFERENCE BETWEEN COST DEPLETION AND PERCENTAGE DEPLETION?

Cost depletion allows a recovery each year of a portion of the capitalized costs, including the cost recovered each year is based on the percentage of the estimated recoverable oil and gas reserves sold during the year.

WHAT OTHER DEDUCTIONS ARE GENERATED BY OUR OIL AND GAS DRILLING VENTURES?

Our Ventures drill and operate oil and gas wells. We are defined as being engaged in a “trade or business” and therefore claim as a deduction, for federal income tax purposes, all ordinary and necessary expenses paid in carrying on our “trade or business”, such as costs of operating a well, general and administrative costs of the Venture.

WHICH VENTURE DEDUCTIONS WILL BE TAX PREFERENCE ITEMS TO A PARTNER FOR DETERMINING HIS OR HER ALTERNATIVE MINIMUM TAX?

Certain of the deductions allocated to ventures may generate tax preference items for purposes of the alternative minimum tax under certain circumstances. For instance, for purposes of computing a partner’s alternative minimum taxable income, depreciation on tangible personal property is generally computed on the 150% declining balance method rather than the 200% declining balance method as is allowed for in computing a partner’s regular tax purposes. This information is provided to each partner on his Schedule K-1. There may be other adjustments required for alternative minimum tax purposes depending on your personal tax situation and level of investment. These rules are extremely difficult therefore, you should consult your individual tax advisor to determine the exact impact on your personal tax situation.

WOULD INVESTORS BE ELIGIBLE TO DEDUCT UP TO 20% OF CERTAIN DOMESTIC QUALIFIED BUSINESS INCOME?

The ventures are defined as being engaged in a trade or business. Therefore, the net income generated by any venture would be eligible for the maximum 20% deduction for qualified domestic business income. The deduction is calculated on investor’s individual returns and is subject to various factors including being phased out at higher income levels. The information to calculate the deduction is provided to each partner on his schedule K-1. The rules to calculate this potential deduction are extremely complex and at the time of this writing final treasury regulations have not been issued. It will be necessary to consult your individual tax advisor to determine the exact impact on your individual tax liability.

This letter is only a brief explanation of a few of the federal tax consequences of investing in our drilling Ventures. The Federal Tax Laws are very complex, however, this discussion is not intended to be comprehensive or complete. Each individual should consult his own personal tax advisor concerning the applicability and effect on him or federal, state, local and foreign tax laws. 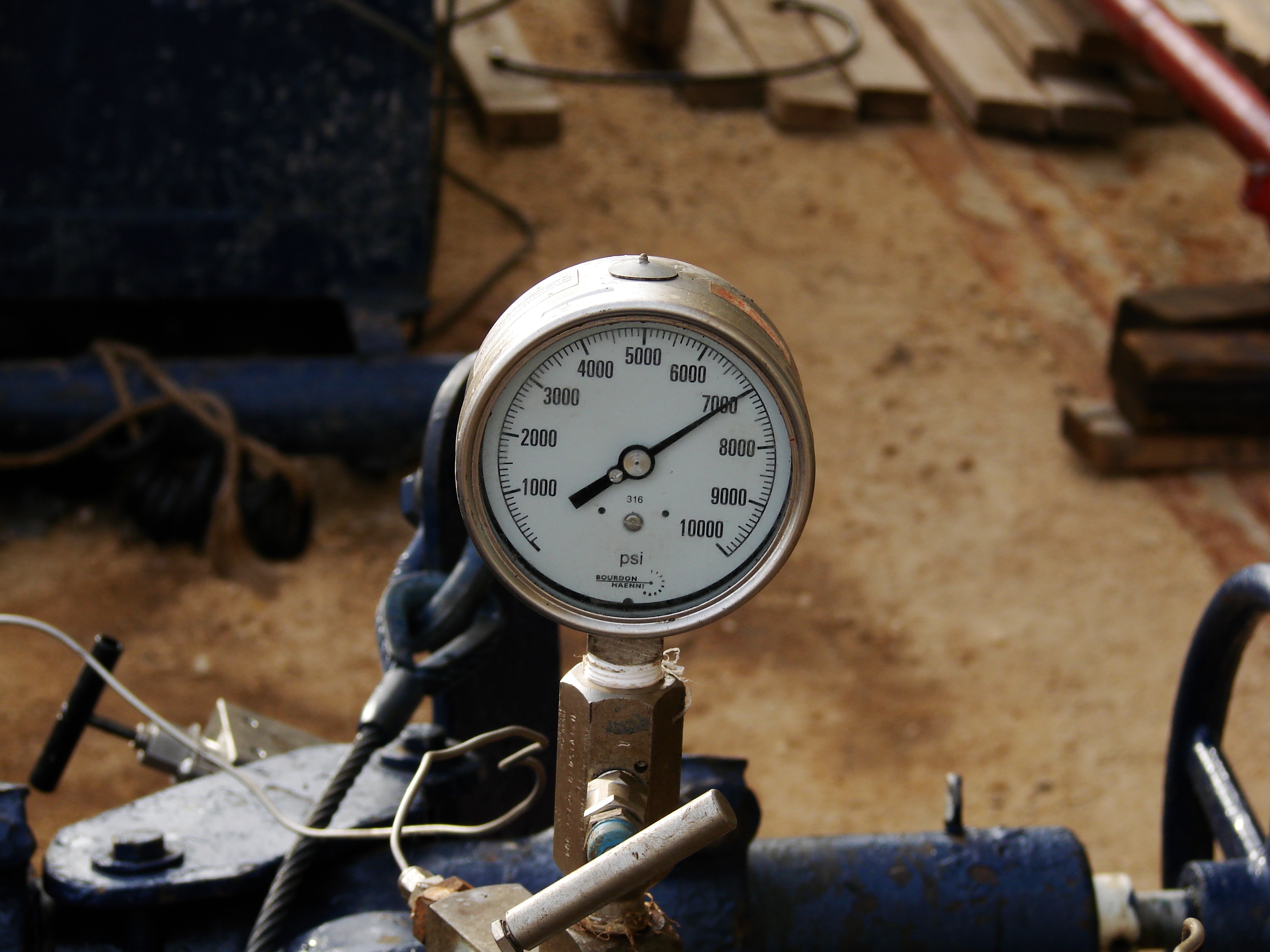